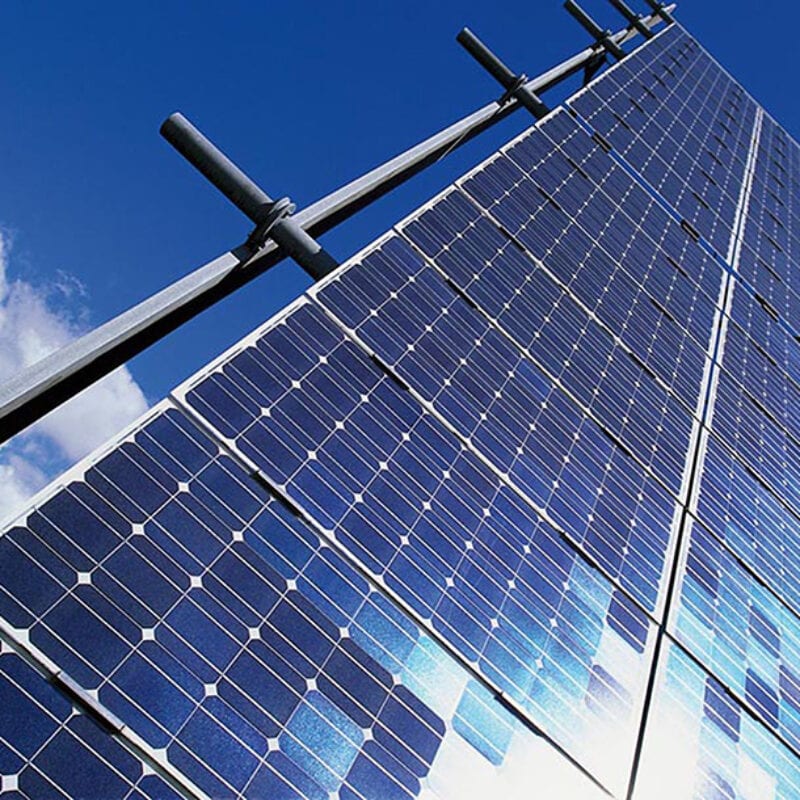 We can convert solar radiation into heat, for example, for warm water, or into electricity. The amount of solar energy reaching the Earth is many times greater than the need of all people on Earth. The Afsluitdijk is a great location for studying the applications of solar energy

Fossil fuels, like oil, gas, and coal, will run out. The use of these fuels also releases greenhouse gases. The government bodies in De Nieuwe Afsluitdijk partnership promote the study of new, sustainable ways of energy generation to ensure we will no longer need to depend on fossil fuels in the future. One of these ways is solar energy.

Solar energy is becoming increasingly interesting. The yield of solar panels increases and the price drops. The return on investment period becomes shorter as a result. Because of this, organisations and private individuals are increasingly interested in installing solar panels. Solar energy is already used a lot at a smaller scale. There are already initiatives for large-scale solar energy generation, especially abroad. The Afsluitdijk is also a great location for innovations in this field because the light intensity in northern Netherlands is greater than in the rest of the country.

There were plans of installation solar panels in the road surface, a so-called SolaRoad. This road should have been incorporated with solar panels, literally enabling the road surface to generate (solar) energy. Unfortunately, the initiator has announced that it will withdraw this project.

Solar energy is not new; nature has been using this process for billions of years. Solar energy is the source which enables trees and plants to grow (photosynthesis). In fact, any form of energy is solar energy. A small tree can grow into a large tree in 50 years to be cut down and end up in a stove. The combustion process is essentially the release of solar energy stored in the wood for 50 years. The same applies to fossil fuels like coal, gas, and oil: indirect solar energy stored for millions of years. But there is one problem: the available materials will run out and the combustion process affects our environment. A solar energy plant skips the storage step: energy is extracted directly from the sunlight. A major advantage of this is that the required material is unlimited and clean.

At this moment we don’t know when trials with solar-energy will be held.