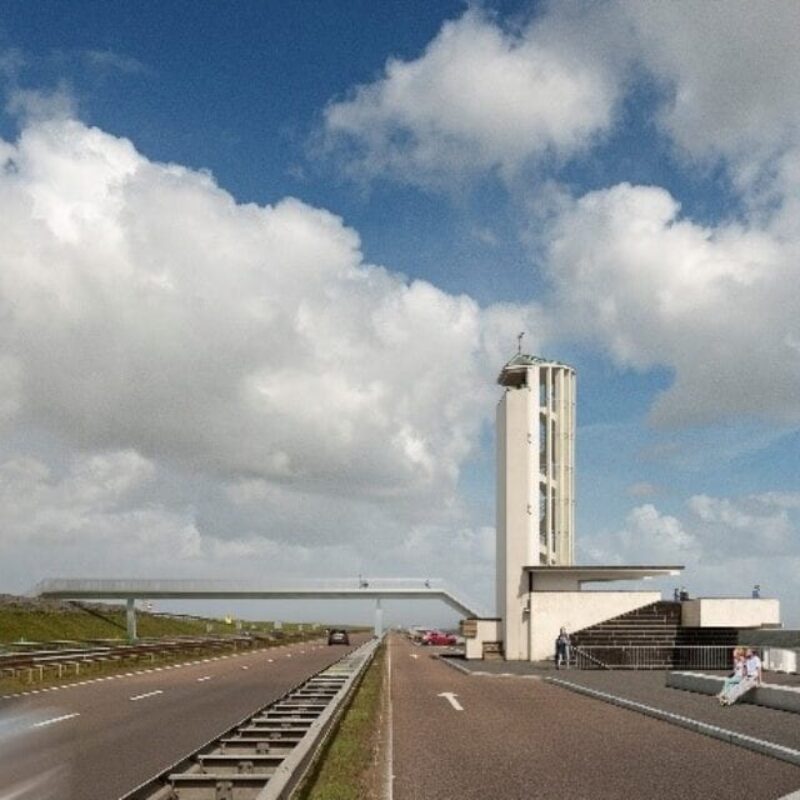 The Monument on the Afsluitdijk is of great historical significance. It marks the place where the Afsluitdijk was closed in 1932, at the Vlieter channel. The watchtower was designed by the internationally renowned architect Willem Dudok. It is a point of remembrance, the crown jewel of the Afsluitdijk and a building with monumental qualities. It gives the Afsluitdijk symbolism and recognition for everyone.
From here, visitors have a wonderful view of both the IJsselmeer and the Wadden Sea and the Afsluitdijk as a paragon of Dutch hydraulic engineering. In combination with the accompanying restaurant building and the adjacent car parks, the monument attracts many visitors every year. Passers-by who decide to have a cup of coffee here, but also foreign tourists who take part in organised bus trips.

Just like the Afsluitdijk, the Vlieter monument is in need of renovation. The tower is almost 90 years old and needs a thorough overhaul. The rough maritime climate has affected the monument. For example, there are cracks in the concrete, the window frames are rusty and the interior has changed a lot. Together with the surrounding provinces and municipalities, Rijkswaterstaat therefore decided to completely renovate the Vlieter monument on the Afsluitdijk.

The aim is to restore the light-footed image of the tower in the middle of the dike. To emphasise the slender horizontal and vertical lines, and the contrast between the light stucco and the colourful tiles. To restore the original idea of Dudok’s design as much as possible. His assignment was to build a simple monument. Not a reminder of ‘the crisis of 1933’, but ‘the expression of the will to live of a powerful living people’.

Walraad Architects – specialising in the restoration of monuments – provided the design for the restoration. To do this, specialists use archival photos and old documents to investigate exactly how the monument looked. Finally, we also coordinate all the plans with the Cultural Heritage Agency. For example, the tiles must be the same yellow colour as in 1933. Other points of attention include the refurbishment of the famous commemorative plaque with images of stone setters and the return of the oak doors and benches from the design.

In addition to renovating the Vlieter monument, we are expanding the building. The building is too small for the number of visitors and the necessary facilities. The new building is wheelchair accessible. We are also investigating the possibilities for making the energy and water supply more sustainable in the future. The Nieuwe Afsluitdijk (a joint venture between the provinces of Friesland and North Holland and the municipalities of Hollands Kroon and Súdwest Fryslân) is co-financing the expansion and making it sustainable.
Architect Paul de Ruiter – supervisor of the large-scale works on the Afsluitdijk – created a design for the extension that does justice to the iconic value of the monument and matches the spectacular simplicity of the dyke. Dudok’s original design is respected and honoured. The roof of the new building is at the same level as the road over the dyke and -in the new situation- forms a square on either side of the monument with a view of the IJsselmeer. This makes the extension, as it were, invisible from the road and preserves the view of the monumental watchtower from the dyke. 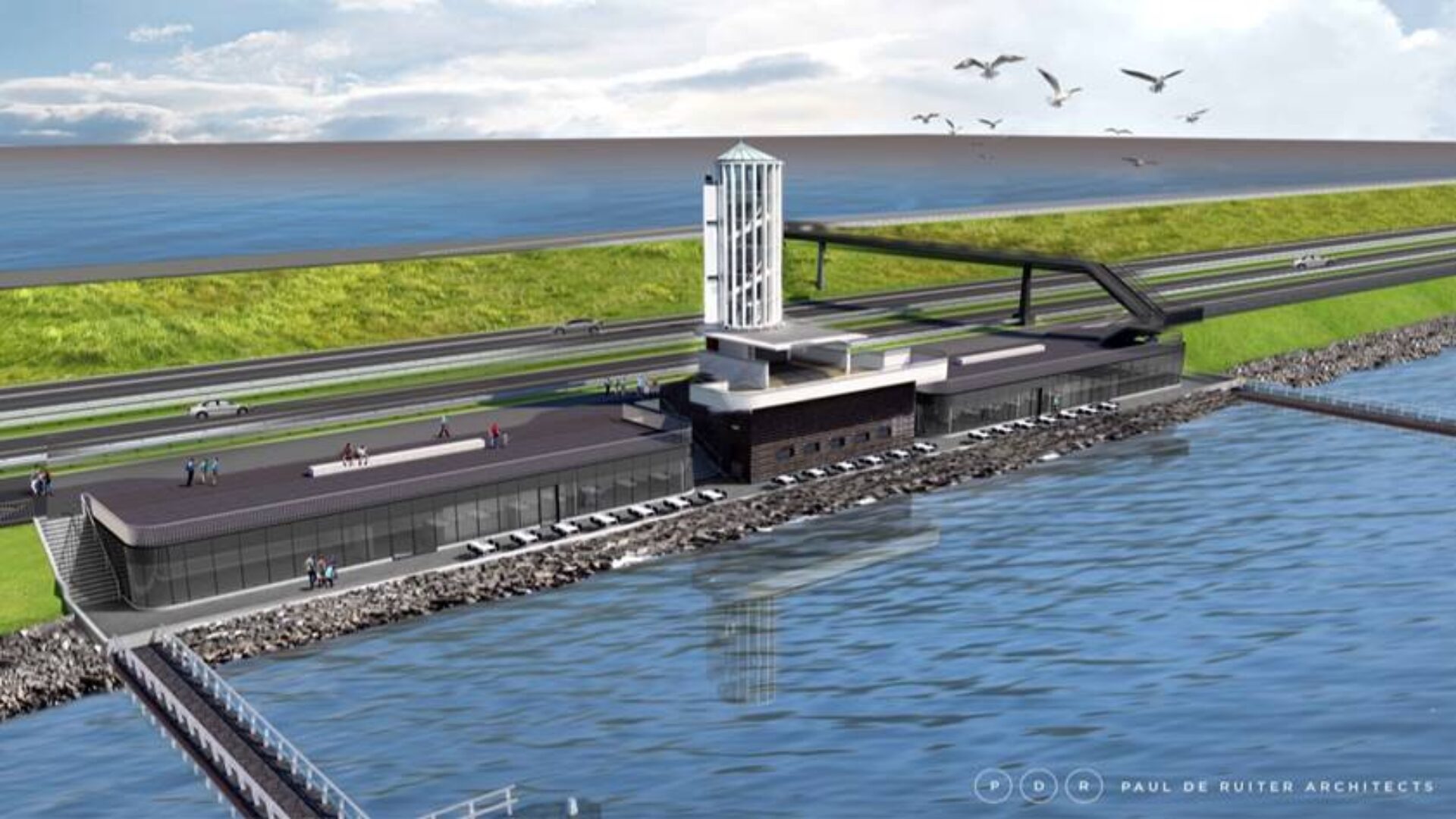 The lunchroom that was in the building is closed. In addition to the renovation and expansion, we are looking for an owner for the catering and other facilities. Coffee can be served in 2024.