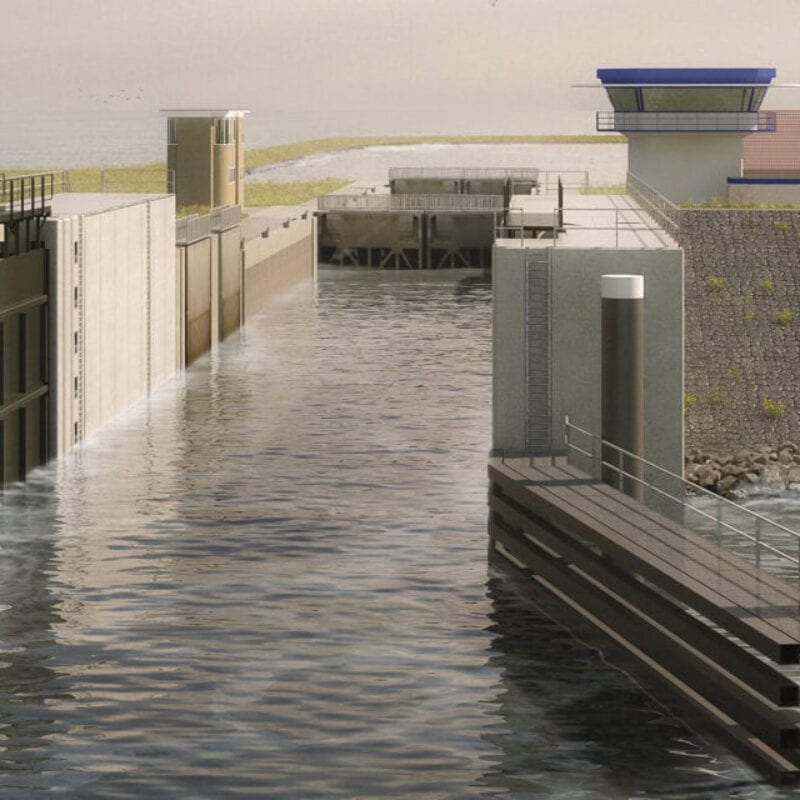 Work in progress
To protect the hinterland against extreme high water for the next 100 years, we are building two completely new storm surge barriers (safety locks). Because we are taking the specific locations into account, they differ from each other. Ships will be able to pass through them as normal, but the waterway will look completely different.
Listen

At Den Oever and Kornwerderzand we are building storm surge barrier immediately in front of the navigation lock. If the water level in the Wadden Sea becomes too high, we will close the navigation locks. This way, we protect the hinterland against extremely high tides.

At Den Oever in North Holland, we are building a storm surge barrier directly in front of the navigation lock. Under normal circumstances, the navigation lock is open to allow ships to pass. The safety lock closes when the water level in the Wadden Sea becomes too high. The mitre gates are then closed within two minutes.

We expect to have to close this barrier a few times a year. Changing climate conditions and the rising sea level mean that this will probably happen more often in the future. At very high water tides, passage for ships is temporarily closed.

Work on the construction of the storm surge barriers started in 2020. View the planning of all work on the Afsluitdijk on our homepage.