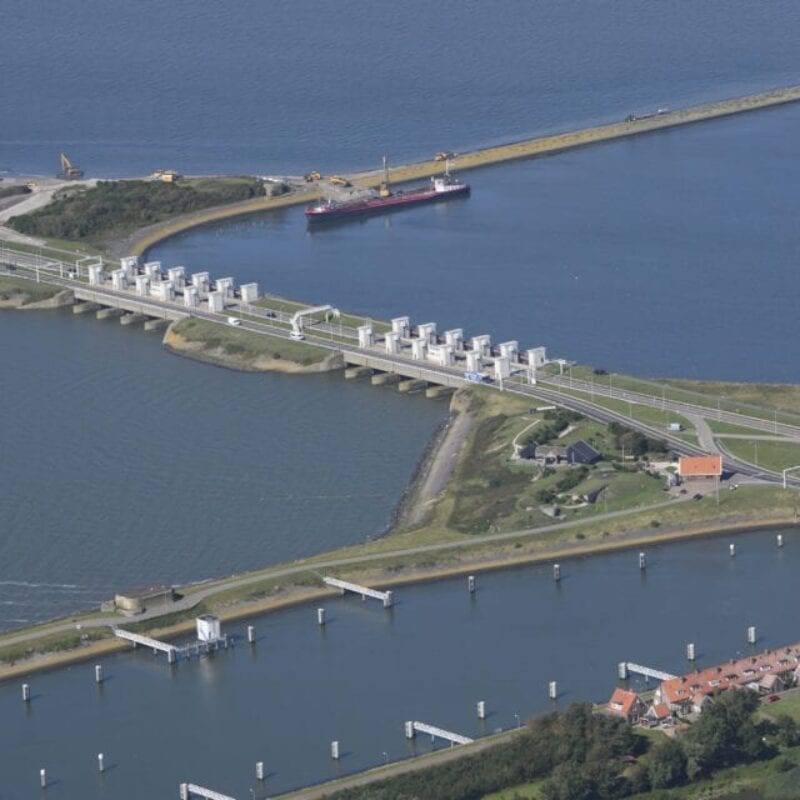 Future
The largest lock at Kornwerderzand is no longer wide or deep enough for the ever-larger ships. As a result, shipyards in the North, East and Central Netherlands are missing out on orders. A wider lock would provide a major boost to the regional and national economy.
Listen

In the future, the large lock at Kornwerderzand will not offer enough room for the ever wider coastal ships being built in Kampen, Urk and Lemmer. The luxury super yachts built by shipyards in Makkum, Urk and Vollenhove also need a wider lock and deeper channel. Moreover, increasingly large cargo ships are sailing from the Baltic Sea region to ports such as Kampen and Lelystad.
The region – whose core consists of the provinces of Friesland, Overijssel and Flevoland and the municipalities of Kampen, Meppel, Urk and Southwest Friesland – has therefore joined forces with the maritime business community and shippers to widen the lock complex at Kornwerderzand replace the bridges and deepen the navigation channels.
The project entails an important boost for the regional and national economy. It is expected to create some 3,000 new jobs in the north and east of the Netherlands.

Besides widening the lock, the existing channels on the IJsselmeer and Ketelmeer will be deepened. This will make the ports of Makkum, Lemmer, Urk, Lelystad, Meppel and Kampen more accessible to larger sea-going vessels. The sand that is released is used for projects on the Afsluitdijk, such as the Fish Migration River.

The expanded lock will measure 150×25 meters and will replace the current lock of 135×14 metres. The sunken lock threshold will be at -6.1 meters NAP.

The total investment is € 199.5 million. The national government will contribute €111 million. The region is contributing € 88.5 million, including financial contributions from market parties.
The province of Friesland is responsible for the tendering and execution of the project.

Co-financed by the European Union.

The bridges are expected to be tendered in 2025. The lock is scheduled to be widened in 2028.