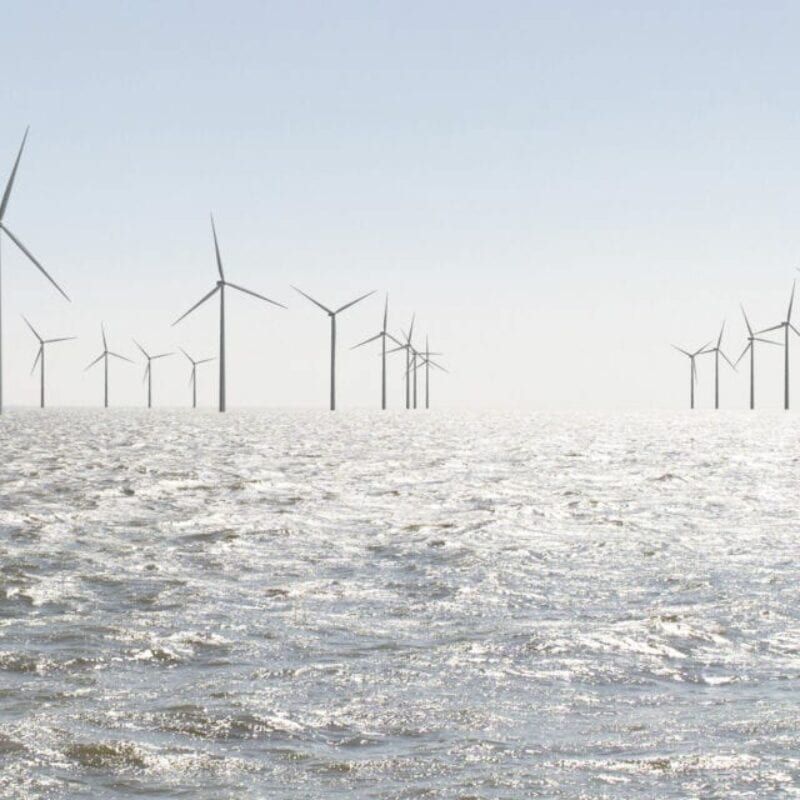 Work in progress
Wind Park Fryslân is being constructed in the Frisian part of the IJsselmeer at Breezanddijk. The park consists of 89 wind turbines. They will be able to provide approximately 500,000 households with green energy. Wind Park Fryslân is the largest wind park of the world built in inland water.
Listen

Nature is not forgotten during the construction of Wind Park Fryslân. Wind Park Fryslân will create an island of approximately 25 hectares below the surface and approximately 2 hectares above the surface to the south of the Afsluitdijk, at Kornwederzand. The island will be used as work island during the construction. The island will exclusively have a nature role from the moment the first wind turbine is operational. The nature island will be an attractive forage and resting area for birds with an adjacent artificial reef for fishes. The area will be protected against waves and tides using an 800-metre long dam.

The wind park will be built in the northern area of the IJsselmeer, around 6.5 kilometres from the Frisian coast. The wind turbines will be placed in the water as a cluster.
A power cable will be installed to transport the power from the wind park to the shore. This cable will run from the IJsselmeer to the Afsluitdijk, the A7, and subsequently to Bolsward.

The Province of Fryslân also considers transferring part of its financial participation to residents of the province after the commissioning of the production of the wind park in the form of bonds.

The first wind turbines of the wind park are expected to supply electricity in 2020. The wind park will be fully operational in 2021.
Wind Park Fryslân will be built by Zuiderzeewind, a group of the contractor Van Oord and Siemens Gamesa Renewable Energy. The preparations have already begun. After the completion of the Wind Park, Siemens will be responsible for the maintenance activities for a period of 16 years.
Read more about the Wind Park Fryslân project on their website.