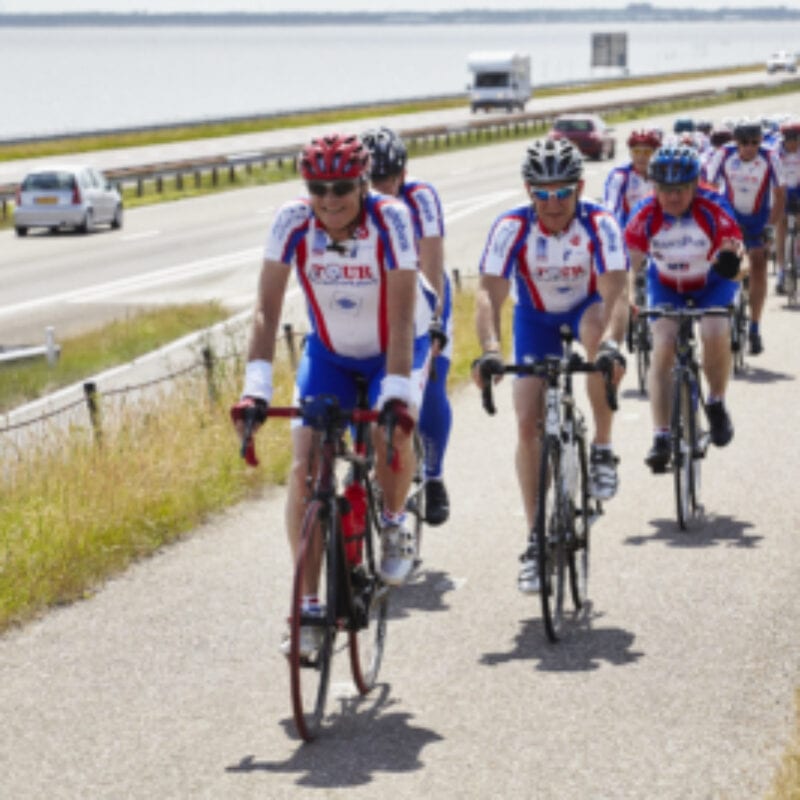 The cycle path on the Afsluitdijk is closed until the end of 2025. This is due to major reinforcement works being carried out on the dyke. There is a bus service for pedestrians, cyclists, moped riders and other slow traffic. Dudok’s Monument, Breezanddijk and Kornwerderzand will remain accessible.

Safety at work is paramount

Since 1932, the Afsluitdijk has protected large sections of the Netherlands against the power of the sea. The Levvel building consortium will be working on the reinforcement of the dyke for the Directorate-General for Public Works and Water Management (Rijkswaterstaat) until the end of 2025. Over the next few years, hundreds of dyke workers will set to work along the narrow dyke between two bodies of water. The safety of road users as well as of the people carrying out the work is paramount on this gargantuan and challenging job.

The height of the dyke will be raised by about two metres, and it will be fitted with new cladding and stronger sluices. Using two large pumping stations and additional discharge sluice, the authorities will shortly be able to discharge excess water from the IJsselmeer into the Wadden Sea more quickly. The motorway will be made safer and a new Fish Migration River will be constructed in the form of a passage which will allow fish to reach both salt water and fresh water. There will also be a new cycle path offering views over the Wadden Sea.

Since 1 April, pedestrians, cyclists, moped riders and mobility scooters have been able to make use of a free bicycle bus service. This service operates daily.

Find out when and where the bus is departing click here.